The obscure mealy bug (Pseudococcus viburni) (formerly known as Pseudococcus affinis) originates from South America, but can now be found in many parts of the world with a temperate climate. It has a very similar appearance to the citrus mealybug (Planococcus citri), but its body is covered with a thicker layer of wax, the filaments around the body are longer (20-50% of the body size) and the two tail filaments are always markedly longer than the others.

The obscure mealy bug (Pseudococcus viburni) is sometimes encountered on tomato, primarily at the foot of the stalk. In an overhead wire system of cultivation, the mealybugs are often located on the horizontal part of the stalk. These mealybugs can also cause damage in ornamental crops such as passiflora, pelargonium, and orchids. Pseudococcus viburni is difficult to control biologically.

Mealybugs get their name from the fact that the body of the females from the third nymphal instar onwards are covered with a white waxy material in the form of powder, threads, spiky projections or platelets. Eggs are laid in a sticky, foamy mass of wax threads, called an egg sac. Once the batch of eggs is laid, the female dies. First instar nymphs are yellow-brown and not yet covered with wax. They are actively mobile and known as ‘crawlers’.

Second instar nymphs are darker and less active. From the second instar onwards the life cycle of males anf females is completely different. After the second instar, the males form a dark false pupa followed by a pupa in rapid succession. The actual pupa develops inside a white, cottony cocoon. After a complete metamorphosis, a winged male emerges from this pupa. The males lack mouth parts and are incapable of feeding. They have a brief lifespan during which they are wholly engaged in seeking females to fertilize.

The female second instar nymphs, on the other hand, settle on the leaf and begin to secrete wax, moulting to a third instar and then the adult female without a complete metamorphosis.

Although most species of mealybug feed on the aerial parts of the plant, some species extract their nourishment from roots, whilst others are gall-formers. A few species can also transmit harmful viruses.

Mealybugs inflict damage on the crop in various ways: 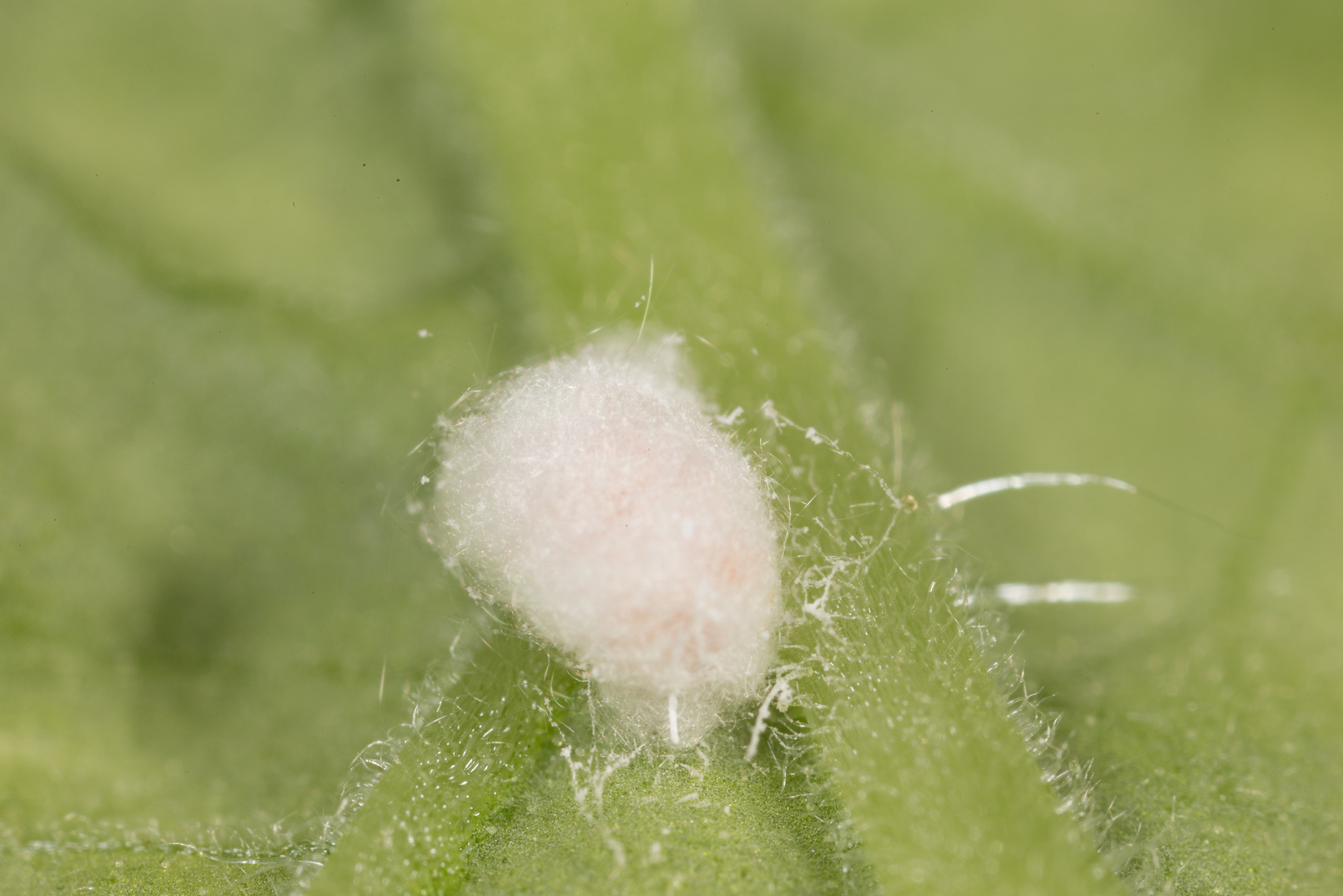 How to get rid of Obscure mealybug