The female box tree moth (Cydalima perspectalis) deposits clusters of 5 to 20 eggs in a translucent gelatinous mass on the leaves of box trees. The light green larvae have black stripes with white dots and hairs and a black head. Depending on environmental conditions such as day length, temperature and food source the larvae pass through five to seven instars.

The pupae are hidden between leaves and difficult to detect. They are green with brown longitudinal lines at the beginning of pupation and then turn light brown with a dark pattern towards the end of pupation.

There are two variants of adults. The most common one is mostly iridescent white with a dark brown band at the outer margin and a characteristic white spot on the forewing, while the other is mostly light brown with a white spot on the forewings. The adult moths are good flyers. During daytime, they rest on the box trees or on other surrounding plants. The box tree moth (Cydalima perspectalis) has an obligate diapause of six or eight weeks. Depending on day length they may enter diapause in the fourth or fifth instar.

The larvae of the box tree moth (Cydalima perspectalis) feed on the leaves of box trees, but can also attack the bark of the trees, causing them to dry out and die. Damage on a box-tree most often starts in the lower part, where the oldest leaves, which contain high concentrations of toxic compounds, are found. Typical symptoms include feeding damage on the leaf edges, with sometimes only leaf skeletons remaining. Other symptoms include webbing of the branches with frass and residues of moulting such as black head capsules of different sizes. 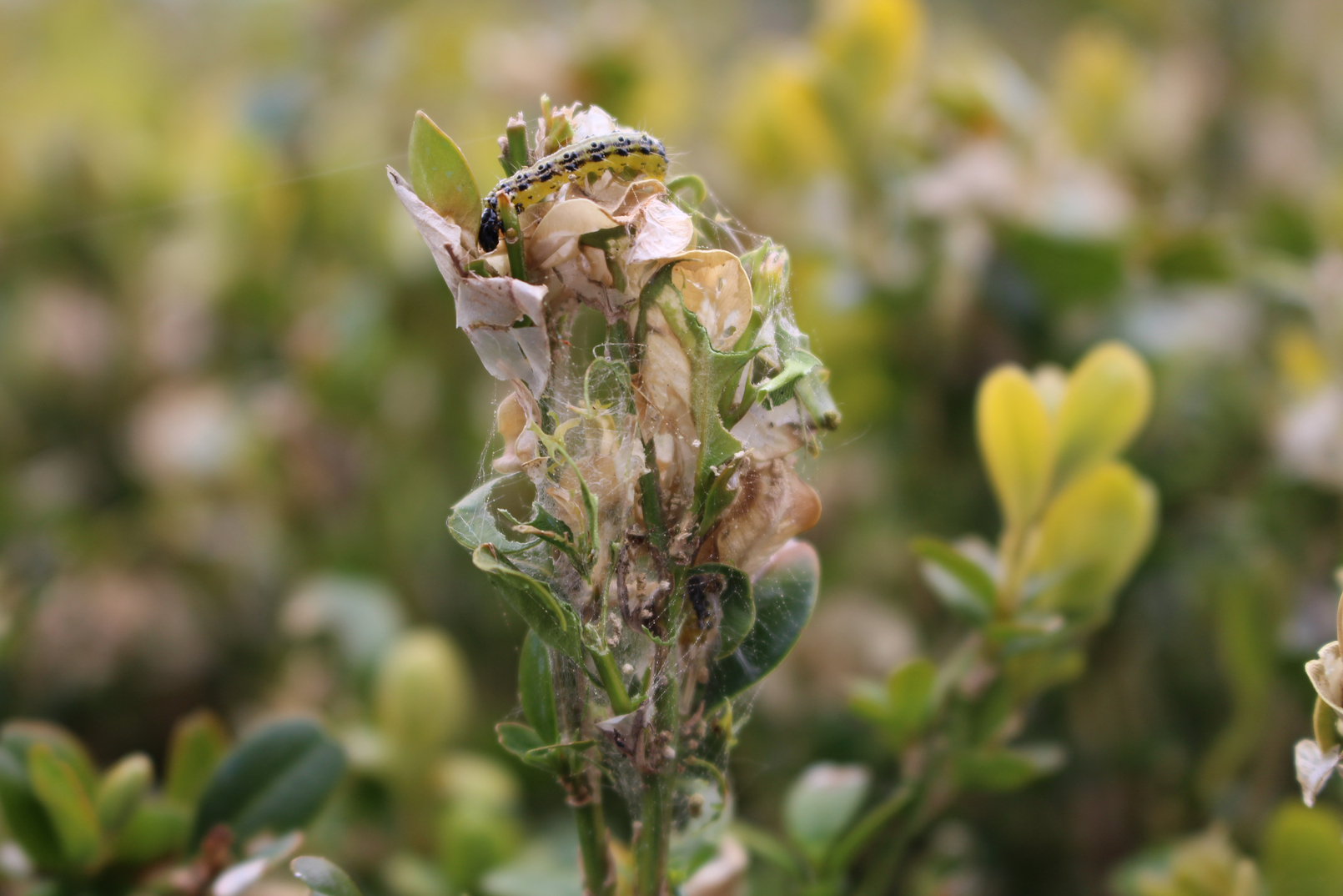 How to get rid of Box tree moth